A brief history of the gallery

Gallery Delta was established by Derek Huggins and Helen Lieros in three small rooms at Strachan’s’ building in Manica Road, and opened on the 17th April 1975, a time of sanctions, conflict and war. The intention from the outset was to provide an exhibition space for contemporary paintings, graphics, textiles and ceramics of the highest standard possible as an alternative to ‘Shona Sculpture’ which, led by the National Gallery, dominated the art scene in the city. Within a year or two the gallery occupied seven rooms around the atrium of the premises, and three on the first floor. The gallery was run on a voluntary, part time basis, and exhibitions were held regularly at a rate of about ten or twelve a year. The courtyard served as a space and setting for other events, such as multiracial theatre and jazz performances.

In those years – the 1970’s into the 1980’s – the most promising and experienced painters were Europeans who had undertaken art studies elsewhere. Most African artists were stone sculptors or wood carvers.
The experiment of Frank McEwen, the Director of the then Rhodes National Gallery, from the late 1950’s,to find and promote a new form of African art had succeeded phenomenally with promotion and development of ‘Shona Sculpture’ which led to the ‘Great Excitement’ of the 1960’s in which the Western world was a participant. But McEwen’s endeavour to promote an African contemporary painting movement under the auspices of the Workshop School must now, I think, be regarded as a failure. The availability of the stone as a medium, its popularity in its finished form, its fame and lucrativeness, mitigated against the development of a painting movement and it failed to sustain.

There were, however, a few exceptions. One was Thomas Mukarobgwa, who, under the umbrella of the National Gallery as an attendant, returned to painting in his latter years. Other painters of merit, for example, John Hlatywayo and Kingsley Sambo, active in the 60’s and 70’s, were promoted by African Art Promotions.

Consequently, we looked for young, talented and aspiring Africans who would rather be painters than sculptors. They were almost non-existent.

There were few facilities for serious art study. It meant commencing at the beginning to encourage and promote a new movement in painting. One of the ways in which we undertook this was to promote a ‘Young Artists’ exhibition at the beginning of every year but nonetheless few, if any, good African painters emerged at this time. Meantime, during the 1970’s and 1980’s, we exhibited and promoted artists who were to become well known in the art history of the country, for example, Marshall Baron, Robert Paul, Arthur Azevedo, Helen Lieros, Henry Thompson, Thakor Patel, Stephen Williams, Rashid Jogee, Simon Back, Berry Bickle, Richard Jack, Gerry Dixon and others.

It was, however, to take some twelve or thirteen years, until towards the end of the 80’s to discover potential amongst young African student painters. This occurred as a result of the establishment of the BAT Workshop under the auspices of the National Gallery by its director Christopher Till in the early part of that decade. The emphasis was on drawing and painting. For us, the key figure to emerge as a promising painter was Luis Meque, a Mozambican refugee, who having been expelled from the Workshop for a misdemeanour, sought help and support. His successful promotion was the catalyst for the beginning of an African contemporary painting movement around Gallery Delta from the late 1980’s and which included his contemporaries George Churu and Richard Witikani. Later, during the 1990’s they were joined by Hilary Kashiri, Fasoni Sibanda, Ishmael Wilfred, James Jali, Lovemore Kambudzi, and others all handpicked from the annual ‘Young Artists’ exhibitions, as they finished their studies, and gradually emerged as important painters. The decade of the 1990’s was active and exciting as these zealous and competitive painters worked and exhibited.

Drama, however, struck in 1991, when the new owner of Strachan’s Building was intent to evict all tenants: the cobblers, silk screen printers and tailors from the upper rooms, and Gallery Delta from below.

As fortune would have it, Colette Wiles offered the old, dilapidated and in part derelict house at 110 Livingstone Avenue, which had been the home of her father, the painter Robert Paul, for nearly forty years until his death in 1980, as the new venue for the Gallery Delta. There were compelling reasons to use the house as a gallery: its history – it was built in 1894 and it lays claim to being the oldest extant building in the city – its occupancy by a famous artist, and the prospect of its continued use as an art and cultural venue by Gallery Delta. Inherent in all of this, however, was the need for its conservation. This involved a two year project, from 1991 to late 1993, to repair and restore it to its original appearance, and to build an adjoining amphitheatre, all of which was undertaken and completed by Gallery Delta. Significant in this process was the help of Peter Jackson, architect, and many of Gallery Delta¹s friends and supporters. With the exception of a six month break, the gallery maintained its exhibition programme throughout the remainder of the restoration period.

Thus, by 1994, the prospects looked brighter. Gallery Delta was well established in a new home and had a host of painters and artists around it, including the group of young African painters. There was much competition, energy and zeal amongst the artists, and the exhibition rate was high, about 15 – 17 a year, together with a large and enthusiastic following of local and foreign collectors and clients. Zimbabwean contemporary painting had come of age. Tragedy, however, was to strike repeatedly during the decade with the deaths of good painters: Stephen Williams (1996), followed by the young painters Ishmael Wilfred, Luis Meque and Fasoni Sibanda, and Henry Thompson (1998), Hilary Kashiri (2001) and George Churu (2002) which impinged severely on the artistic resources available. It takes five to seven years to build an artist through regular exhibitions to enjoy acceptance and recognition. Yet, despite these reverses, the decade of the 1990’s saw much growth and development in contemporary painting, and the search for new artists of talent and promise was constant. Towards the end of the decade the painters Greg Shaw, Cosmos Shiridzinomwa and Lovemore Kambudzi were emerging and the gallery remained active and buoyant.

The invasion and occupation of commercial farms at the beginning of the new millennium 2000, instigated and incited by the political leaders, and which continues even today, brought increasing political and economic difficulties to the country. As regards Gallery Delta, in addition to the loss of artists to early deaths, it hastened the emigration of others: Simon Back, Berry Bickle, Gerry Dixon, Richard Jack to name a few, together with local clientele, and resulted in the dearth of discerning foreign visitors and collectors, which, combined with rampant inflation, mitigated against buoyancy and profitability. New young painters, however, were identified in the likes of Patrick Makumbe, Misheck Masamvu, Freddy Tauro and Admire Kamudzengerere who have since become important painters.

Along the years, from 1996 to 2003, Gallery Delta produced and published a visual art magazine under the title of ‘Gallery.’ This was a 32 page, four colour, glossy quarterly publication, funded for its latter six years by Hivos, and edited by Barbara Murray, and for a short time by Murray McCartney, and which ran to 31 issues. It is believed this was of the best, and certainly the longest consecutive visual art magazine, ever published in Africa. Copies were distributed free to schools and libraries, and it has become a vital research tool for students and collectors interested in the development of contemporary painting during the period. It fell into abeyance, not for the promise of continued funding, but for the want of a good editor, and writers, against the background of a critical political and economic situation.

Presently, as at 2009, the gallery survives and continues to promote art and artists, and to act as an unofficial charitable institution still operating at a nominal 25% commission on sales, and providing its artists with interest free loans and bridging finance so far as it is able to do so. Despite the parlous state of the economy exhibitions of remarkably good standard continue to be organized, mounted, presented and promoted at a rate of about 15 a year plus periodic other cultural events: music, theatre and literature in the amphitheatre.

It became clear to the proprietors, however, that Gallery Delta, while debt free still, could not continue indefinitely its work and role without donor and sponsor support on which, little by little, it had become dependent to provide for its survival and continuity.

Consequently, the privately owned gallery was given over by deed of donation into trust to create the Gallery Delta Foundation for Art and the Humanities with effect October, 2008. The ultimate responsibility is now vested in a board of trustees. Presently, the Gallery Delta Foundation, embodying Gallery Delta, continues its work and role in the organization, presentation, exhibition and promotion of Zimbabwean contemporary art as it has done for the past thirty four years, while actively seeking international and other funding.

The prospect of its survival has, this year, been enhanced by sponsorship for some projects and promotions, including this web site, and in the longer term, with the possibility of meaningful political change being wrought from the new government of national unity. There is need, however, for substantial funding to invest in the visual art and artists of the country. We have been told on countless occasions that Gallery Delta, situated in the old house amongst lawns and wild palms, is a unique place, a creative space, refuge, and source of peace and inspiration, which makes a difference to people’s lives. Please help maintain the activity… 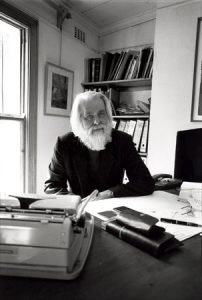 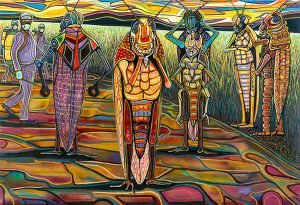 Artists in the Stream X